Today we did pretty much nothing. Nothing that was forced, or planned anyway. We went to our final day of swim lessons, then played in the smoke and ate cheese and crackers for lunch. I sewed a couple newborn outfits while laughing dirty boys ran in and out of the open front door. 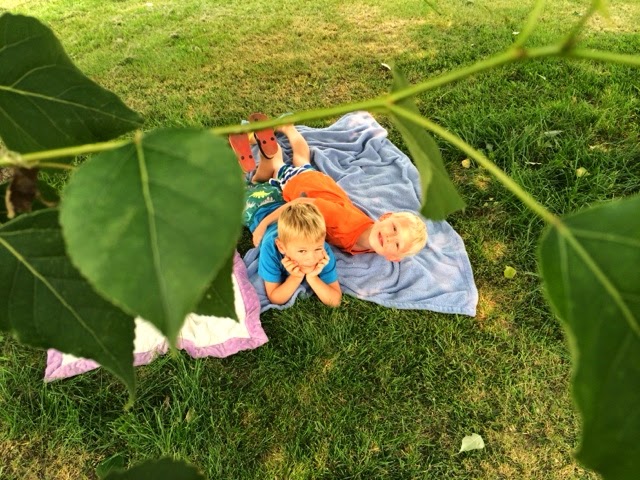 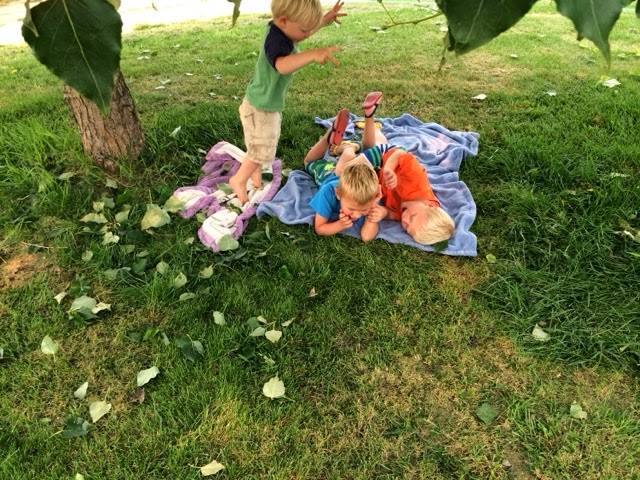 This one, ^^^, cracks me up. Such friends on their own world, then suddenly a Hobbes like attack from little bro. The aftermath was about like Calvin's too...possibly a tad more scream though. 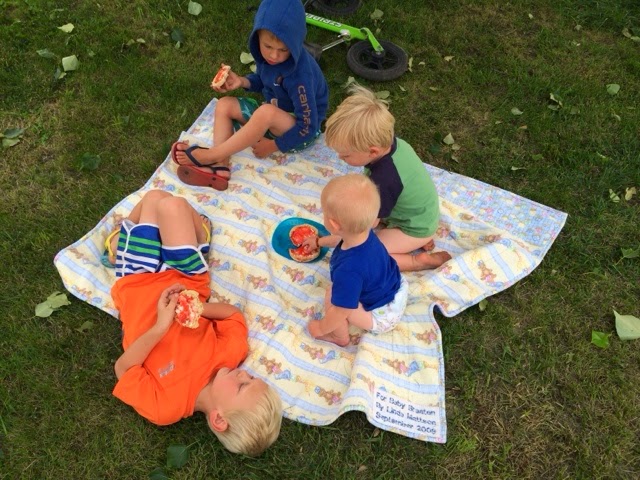 I was politely invited to attend (and make, go figure) an afternoon snack of English muffin and Beth's jam. 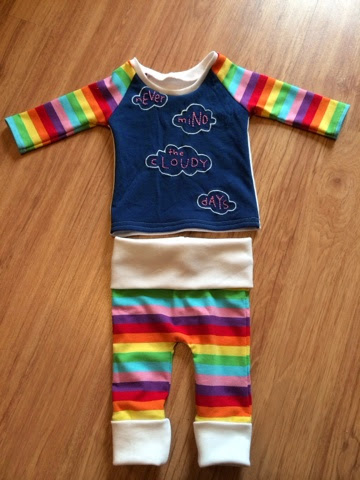 This is the girl outfit I made today. The shirt says "never mind the cloudy days" and I wore it when I was like 16. We were cleaning out boxes and boxes of old clothes for the "pretty stuff sale" next weekend but couldn't bear to part with this one. It was worn a lot and has lots of sentimental meaning. I may have to just keep this one in case we ever happen to need a baby girl outfit ;) 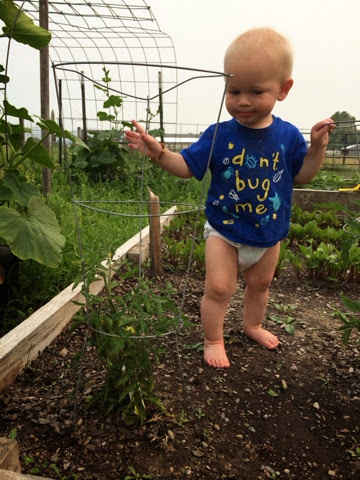 Farmer Reid, wondering where the tomatoes are...his ma is too. 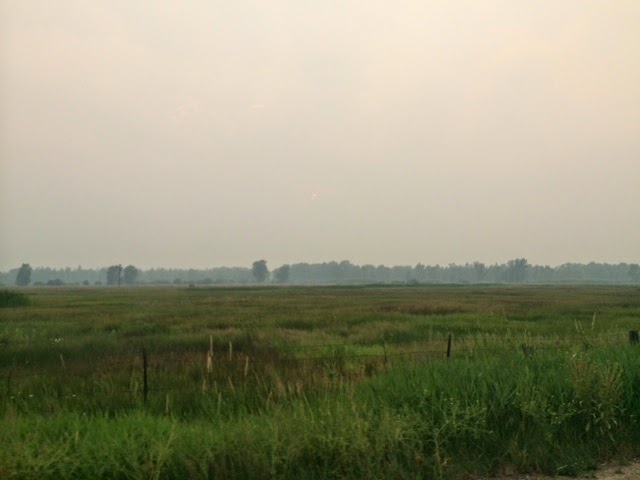 The smoke has been so thick today. The mountains have disappeared and the sky is gray and you can even look directly at the sun, which appears to be a big orange marble. Smoke is coming up and over from ID and WA and expected to stick around for another few days. I cannot imagine what it's like right next to the fires! Talon (nick and Beth's son) is on the Hot Shot team this year and is on his first uncontrolled fire, so we are very glad that these guys are trained well in fires! 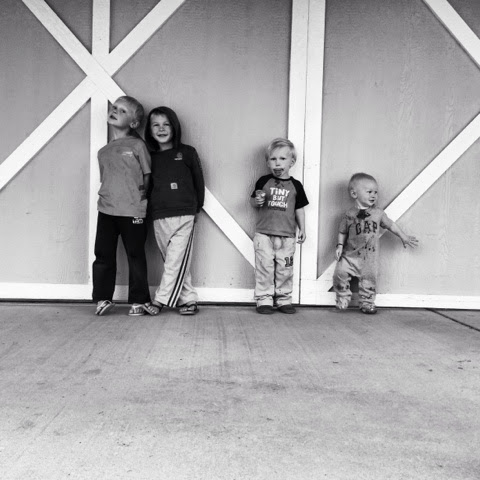 We strolled down smokey Main Street and may or may not have stopped at the drug store for ice cream.
Hmm, Kase and Reid seem to prove that we DID make that stop..
Just missing Grandpa & Grandma now, who were there the last time we went for I've cream :)
Posted by Elissa & Logan at 9:28 PM

love all these photos (well, except the smoky sky; I've seen enough of that too)! You may think these are just snapshots of "life", but they are really stunning views of a country life for boys!! AND they will be awesome memories for future days, when you're not so busy! :)